A Whole Body Approach to Crohn’s and Colitis 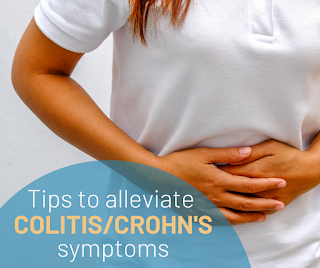 If you are someone who experiences one of the two most common forms of inflammatory bowel disease (IBD), Crohn’s disease or Ulcerative colitis, you will know that the pain and disruption caused by these disorders can wreak havoc on your life, affecting relationships, employment and more.

Unfortunately, there is no known cure for either condition, although much exciting research is being done. The good news is that we have made a lot of progress in recent years discovering natural ways to ease and support IBD. Read on to discover some non-invasive treatment modalities that can help you take your life back.

Crohn’s and Colitis- What You Need to Know

Crohn’s and Colitis develop when the lining of your intestines become inflamed. But behind that short definition lie several debilitating consequences, including difficulty with food digestion, nutrient absorption, and waste elimination. These issues can result in problems with bowel movements including urgency (feeling like you need to find a bathroom immediately) and bloody diarrhea.

The Differences Between Crohn’s And Colitis

Although they share many symptoms, it’s important to note that they’re not exactly the same. The main differences between Crohn’s and Colitis are:

●     With ulcerative colitis, only the large intestine is affected. Crohn’s disease can occur anywhere in the digestive system.

●     In Crohn’s disease, healthy tissue can be intermixed with inflamed tissue. In contrast, ulcerative colitis affects an entire area.

●     The inflammation of colitis affects only the inner lining of the intestines, whereas it can affect deeper layers with Crohn’s disease.

In real-life terms, bloody diarrhea and rectal bleeding are more common with colitis. And the pain of Crohn’s is often a sharper, more intense pain than the cramping that typically characterizes colitis.

Bear in mind that these are just generalized differences and a medical practitioner is the best person to diagnose any form of inflammatory bowel disease.

What Causes Crohn’s and Colitis?

Why do some people get Crohn’s and Colitis? Scientists don’t have precise reasons and most cases are considered idiopathic (of no known origin). They are generally considered to be autoimmune in nature, and a number of factors can come into play, including genetics and environmental triggers.

The Effects Of Stress & Diet

Many people do notice that IBD tends to flare up during times of stress (and, of course, this creates even more stress). Certain foods are often triggers as well. Although stress and diet don’t cause either condition, they can often exacerbate the symptoms. So managing Crohn’s and Colitis often requires careful dietary monitoring and lifestyle changes.

How Are Crohn’s and Colitis Treated?

Treatment often focuses on two main goals: reducing inflammation and managing symptoms. A number of medications, including steroids, can work to reduce inflammation, and, particularly with Crohn’s, surgery is sometimes necessary to remove tissue that has been too deeply damaged.  Many people suffering from IBD find that they can ease their symptoms enough to return to a more normal life by making a few changes to their diet and lifestyle. 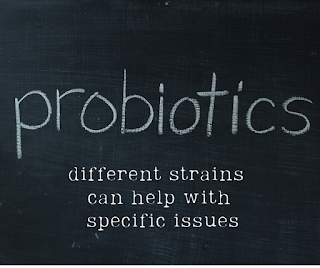 Improving your overall health is an important first step in managing IBD symptoms. Your treatment plan should target your lifestyle holistically, from all angles, with the joint goals of reducing inflammation and minimizing the number of flare-ups you experience. Some proven strategies include:

Your nervous system is intricately connected to with your digestive system. Stress, particularly the kind of chronic stress that never seems to let up, can lead to an imbalance of bacteria in your gut. (Also known as dysbiosis.)

In order to relieve the physical effects of stress on your body, a variety of mindfulness activities such as yoga, meditation or tai chi can be very helpful.

Working out while you’re experiencing symptoms of IBD can be difficult. However, research has shown that exercising can help to reduce the severity of gastrointestinal disorders. With IBD it’s especially important to listen to your body and focus on exercise such as yoga which is lower in intensity, as working out too intensely can actually create a stress response and exacerbate symptoms.

3.   Work On An Elimination Diet or Start with Food Intolerance Testing

It can take a bit of trial and error to figure out which foods are triggers. That’s why it’s a good idea to create a carefully planned elimination diet in consultation with your Naturopathic Doctor (ND). If an elimination diet is not appropriate for you, your ND may order food sensitivity testing.

Restoring the bacterial balance in your gut with probiotic supplements can ease symptoms. However, you’ll get the best results if you work with a healthcare practitioner to ensure you’re taking the best type of probiotic. Not all probiotics are the same, so you want to make sure you select the best one for your condition.

Talk to your healthcare provider about supplementation, as a number of natural supplements have shown promising results in treating Crohn’s and Colitis, including:

Although much work still remains to be done, it’s a good idea to talk to your healthcare provider about recent medical research. IBD is an area where promising discoveries and potential new treatments are emerging often. For example, trials have been conducted on the effectiveness of fecal transplants, in which healthy stool is “transplanted” into an inflamed large intestine in hopes of restoring the balance of healthy bacteria. I have seen a few patients find relief with this treatment in my practice.

If you have been diagnosed with or are experiencing the symptoms of Crohn’s or Colitis, you should know that there is reason for hope. Many natural supportive treatments prove quite effective, and new developments are on the horizon. Call Advanced Health& Wellness at 978-475-7676 and we can work together to improve your digestive health!

Popular posts from this blog

Fixing your Hormone Problems with Fiber

January 01, 2020
This weight loss kick-start and cleanse that will leave you feeling more energized and ready to take on 2020 with gusto.


If you have always wanted to try a cleanse and want to lose weight while learning how to eat a cleansing, healthful plant based diet even while enjoying a busy lifestyle… then this cleanse is for you! The Whole Health CLEANSE 14 Day Program was launched by Dr. Tracy in 2013 and patients have completed the program successfully losing an average of 5-12 pounds. This year, Dr. Tracy is starting the Whole Health Cleanse program with a group Kick-Off class, Saturday January 18, 2020 from 10:00am - Noon. The Whole Health CLEANSE complete program is offered for $225 and includes: 2 Hour Kick-Off class with Dr. Tracy to review the principles of lifestyle detoxification, plant based diets, cleansing and healthy weight loss. Learn to make any adjustments necessary for your unique nutritional needs and goals. Review how to use detoxification protein shake and herbal supports to ens…
Read more

Power Up your 2019 with these Power Bowl Recipes

January 13, 2019
~ POWER BOWL RECIPES ~ Plant Based Power Bowls are a great way to use up leftovers or make a full week's meals by preparing the ingredients separately then mixing and matching them throughout the week.
I recommend making 2 grains, 2 sauces, having lots of chopped raw veggies and spinach/kale/cabbage as well having 2 proteins (beans, tofu, hummus) on hand to get a week's worth of meals.